The Prophet is a book of 26 poetic essays written in English by the Lebanese artist, philosopher and writer Kahlil Gibran. It was originally published in 1923 by Alfred A. Knopf. It is Gibran’s best known work. The Prophet has been translated into over forty different languages

The prophet, Al-Mustafa who has lived in the foreign city of Orphalese for 12 years is about to board a ship which will carry him home. He is stopped by a group of people, with whom he discusses many of life and the human condition. The book is divided into chapters dealing with love, marriage, children, giving, eating and drinking, work, joy and sorrow, houses, clothes, buying and selling, crime and punishment, laws, freedom, reason and passion, pain, self-knowledge, teaching, friendship, talking, time, good and evil, prayer, pleasure, beauty, religion, and death. 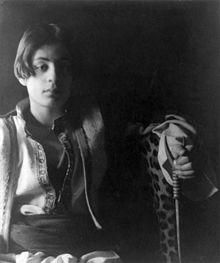 Kahlil Gibran was a Lebanese American artist, poet, and writer, born in the town of Bsharri in modern-day Lebanon.

He is chiefly known in the English speaking world for his 1923 book The Prophet, an early example of inspirational fiction including a series of philosophical essays written in poetic English prose. Gibran is the third best-selling poet of all time, behind Shakespeare and Lao-Tzu.

Gibran was by no means a politician. He used to say : “I am not a politician, nor do I wish to become one” and “Spare me the political events and power strugges, as the whole earth is my homeland and all men are my fellow countrymen” 1

Garden of The Prophet


We believe in a nobler and better life for all. Browse our content (see menu above or its highlights below). We have 3 programs: Learn (see People's Alliance for Children and Teachers), Heal (see School for Positive Thinking) and Share (helping others - see Peaceworks for skills development and SuperShare for NGOs).

SEE BROCHURE AND Join us on Hangouts on Sun Mar 25th at 3:30 PM IST. See our Intro PPT OR Launch Presentation.

Use the search bar below to search across all our 10+sites (wordpress multisite) or open in new tab.